Why have civil rights organizations and black clergy wagered their reputations on the Zimmerman case? It is hard to avoid the conclusion that the issues that really concern African-Americans simply are too painful to discuss. Five years after the ultimate boost to self-esteem — the election of the first black president — things are getting worse faster. If black leaders — from Barack Obama and Eric Holder on down — can’t talk about the real problems, the prospects for the future are frightening indeed."

It's just standard operating procedure these days for such uppity people of color who don't know their place in our new and wonderful  society "progressives" have given us, where "fairness" and "equality" only applies to those who think like they do.

"Like Clarence Thomas, Condi Rice, Colin Powell (until he got the message) and Herman Cain before him, Carson will now be the target of the most vile and reprehensible kinds of criticism from black progressives like Touré and his colleague Al Sharpton.  A black man who doesn't blindly support the president and the big government programs that has created a dependency on government that has crippled America's underclass is susceptible to name calling that, otherwise, would not be tolerated in American political discourse."

Online health insurance exchanges will not open on time

But we knew this already, didn't we?


"Online health insurance exchanges represent one rail of the $1.3 trillion health reform track. (Some estimates go as high as $4 trillion in costs to taxpayers over the next 20 years.) The other rail is the requirement that most Americans have approved coverage (millions of union members and Congressional staffers are, of course, exempt from the law) with the promise of lower health insurance premiums.

That rail is bent beyond repair, as health insurance costs have risen far above what they would have had the law not been enacted. And predictions are that costs will climb even higher when the law is fully implemented, with the young and healthy paying the highest premiums. Not to mention smokers, who will be penalized thousands of dollars each year for their right to light up. The obese will not be penalized."

"On election night, as the camera panned the audience waiting to hear Barack Obama give his victory speech, what struck me was that the audience was primarily young people and minorities. My thought was, 'These are the very people who will suffer the most under a second Obama administration. Don't they know they are voting against their own best interest?' And then I thought about it and came to the conclusion:'No. They don't.' They don't because they are, by and large, uneducated.
Oh, some of them may have college degrees or even graduate degrees, but they are still substantially uneducated.

I would bet that very few of them know the difference between Keynesian economics and Austrian School economics. I am sure that most of them have never heard of the Laffer Curve. I would guess that most of them aren't familiar with the first principles behind the origin of our country. I doubt that many of them know what evil lies in Socialism or Communism, or unbridled leftism. Or are even aware that Barack Obama is a man of the left, and what that means.


They, for the most part, have no idea what the concept of individual liberty is, nor how a big, powerful central government reduces that liberty. I also am pretty sure that they feel that Barack Obama is someone who cares about the poor, women, minorities, and the 'middle class,' and that Republicans don't. I would stake my substance on the fact that they don't know what is meant by a limited government, or what the Tenth Amendment says. I am certain that most of them don't know anything about Benghazi. Substantially uneducated!"

Your "Affordalble" Healthcare Act at work for you!

"Officials said the approval was based on consideration of the effect of the Patient Protection and Affordable Care Act, the federal healthcare reform law. The department determined that the approved rates are not excessive, not inadequate and not unfairly discriminatory, in accordance with North Carolina law."

Sightseeing at the beach, summer 2016

The End of the World explained 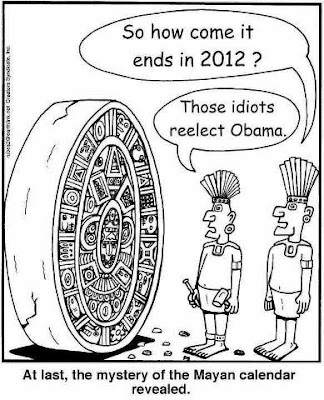 And now we know WHY Romney's GOTV fell flat

"The possibility that all of the efforts of Romney’s campaign, all of the enthusiasm, went unharnessed and dormant on Election Day when they could’ve at least led to a closer election result, if not a victory, is becoming beyond frustrating for thousands of his staffers, for the millions of Americans who gave their time and money to elect Mitt Romney president as they come to learn just what a disaster ORCA seems to have been."

Obama and the Burden of History


"Decades of teaching in the universities, the schools, even the kindergartens, along with all the lessons of Big Bird, Mister Rogers, and Oprah Winfrey, have made these habits of mind and heart pervasive—but fortunately not yet universal—in our culture. And President Obama is the incarnation of those habits in policy.
He is very small, you might say, to carry such freight. But that is the point: he is small, and he threatens to make us smaller."

Obama and the Burden of History by Myron Magnet - City Journal

Who could EVER have foreseen this happening?

Theme song for the next four years

The Consequences of Bad Voting Choices.

Obama will circumvent Congress and courts to implement even worse "reform" on our nation in virtually every political, social, and economic aspect imaginable.

The expansion of Big Government and Big Regulation will be mind-blowing.

The cost of health care, energy, and food will skyrocket.

Entitlement spending will skyrocket, in tandem with tax increase on EVERYONE who actually pays taxes, in order to fund new and "improved" programs that promote "social justice" and "fairness".

Increased deficit spending and increased national debt will become the new normal, and mention of spending cuts by the new conservative underclass will automatically be labeled as "racist".

Our freedoms will erode to the point of irrelevancy. Freedom of speech and religion will be highly abused until they no longer exist.

The second amendment will be ignored.

New and more obnoxious "rights" will be created without a thought to their destructive results.

Finally, we will become markedly less safe at home and abroad from the evil and hate that exists to destroy our society and enslave our culture. 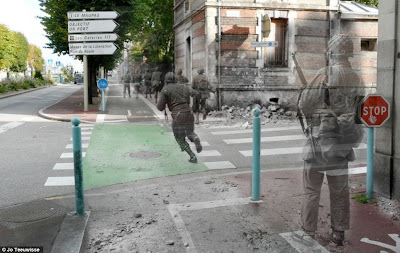 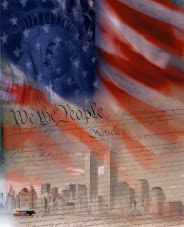 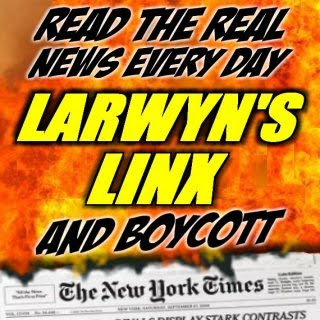